Electric control of magnetism at the Fe/BaTiO3 interface 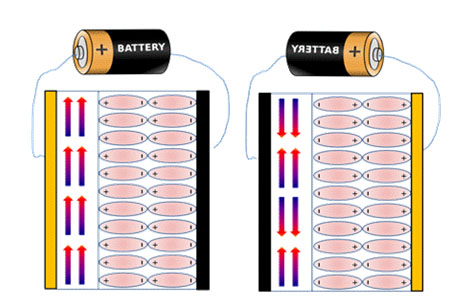 Nowadays a magnetic field is used to write information in magnetic memories. However, a serious drawback is the energy consumption for the writing process. Using an electric field in open circuit for writing would drastically reduce the energy demand. However direct action of electric fields on magnetic order is very rare. Instead, interfacial magnetoelectric coupling (MEC) could be a viable path to achieve electrical writing of magnetic information in spintronic devices.

Now, researchers of the Institut de Ciència de Materials de Barcelona (ICMAB-CSIC), in collaboration with researchers from Oak Ridge (USA), Milano and Trieste (Italy) and Madrid (Spain) have demonstrated that it is possible to switch ON and OFF the magnetism of a sample, by using a simple battery. The work has just appeared in Nature Communications (DOI: 10.1038/ncomms4404; 4th March 2014).

We have shown that at the interface between a ferromagnetic metal, Fe, and a ferroelectric oxide (BaTiO3) an ultrathin layer of FeOx is formed whose magnetization can be reversibly switched on/off, at room temperature, by reversing the polarizing the ferroelectric layer up or down.

This finding discloses the microscopic nature of strong magnetoelectric coupling observed at interfaces between suitable ferromagnetic and ferroelectric materials and shows that the voltage control of magnetic memories could be at horizon for lower energy consumption memory devices.