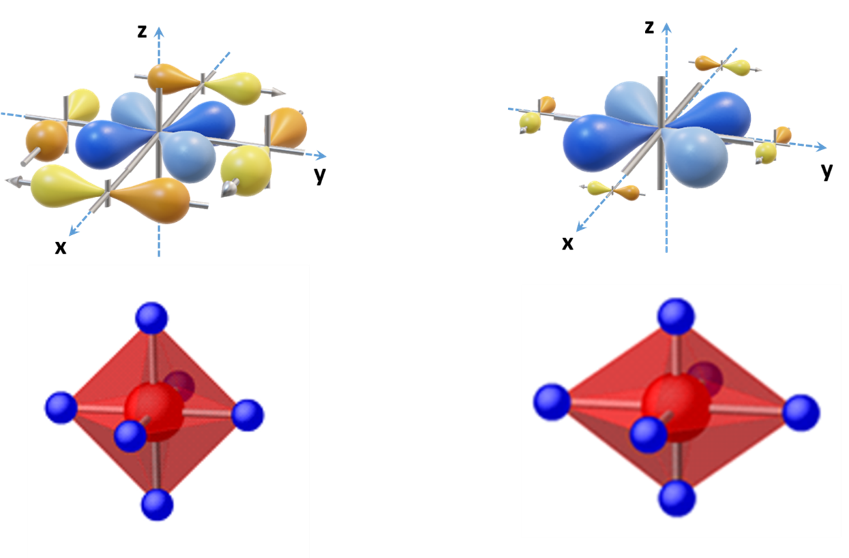 Written by Ignasi Fina on September 10, 2021. Posted in Latest Results

Strain is a knob that allows tuning the electronic bandwidth or the electronic distribution within the atomic orbitals is solids, to promote dramatic changes of their properties or even to induce emerging ones, such as metal-insulator transitions, ferroelectricity, ferromagnetism or superconductivity, to mention a few.

SrVO3 is an excellent metal of the highest interest in technology. Epitaxial strain affects the electronic conductivity supposedly by changing the electronic distribution within the 3d(t2g) orbitals and their corresponding bandwidth.

Here, we show that the role of strain is more involved. It turns out that the V-O hybridization is substantially modified by unbalancing the 3d(t2g)-2p molecular orbital mixtures. It follows that not only the orbital hierarchy of the (xy, xz and yz) orbitals of the t2g manifold is modified but also the amount of electrons at 3d(t2g) orbitals of the metal ion also change with strain. In other words, a rigid band picture does not hold even in this seemingly simple metallic oxide