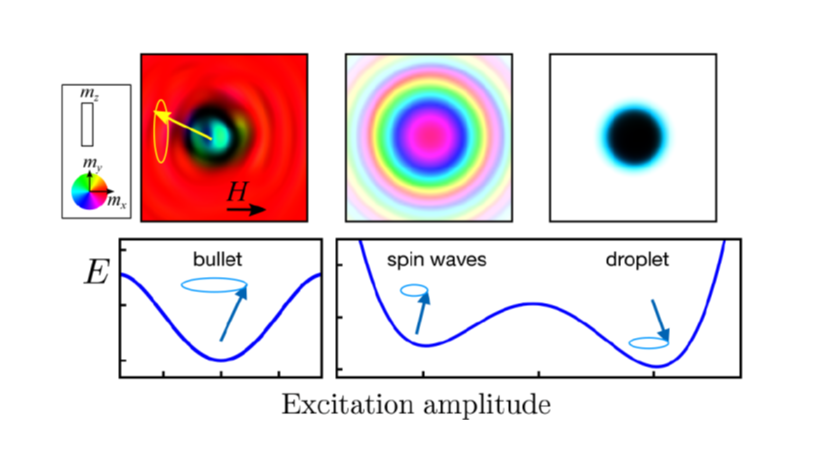 Written by Carme Gimeno on September 9, 2020. Posted in Latest Results

Magnetic droplet solitons are dynamical magnetic textures that form due to an attractive interaction between spin waves in thin films with perpendicular magnetic anisotropy. Spin currents and the spin torques associated with these currents enable their formation as they provide a means to excite non-equilibrium spin-wave populations and compensate their decay. Recent years have seen rapid advances in experiments that realize and study magnetic droplets. Important advances include the first direct x-ray images of droplets, determination of their threshold and sustaining currents, measurement of their generation and annihilation time, and evidence for drift instabilities, which can limit their lifetime. This perspective discusses these studies and contrasts these solitons to other types of spin-current excitations, such as spin-wave bullets, and static magnetic textures, including magnetic vortices and skyrmions. Magnetic droplet solitons can also serve as current controlled microwave frequency oscillators with potential applications in neuromorphic chips as nonlinear oscillators with memory.