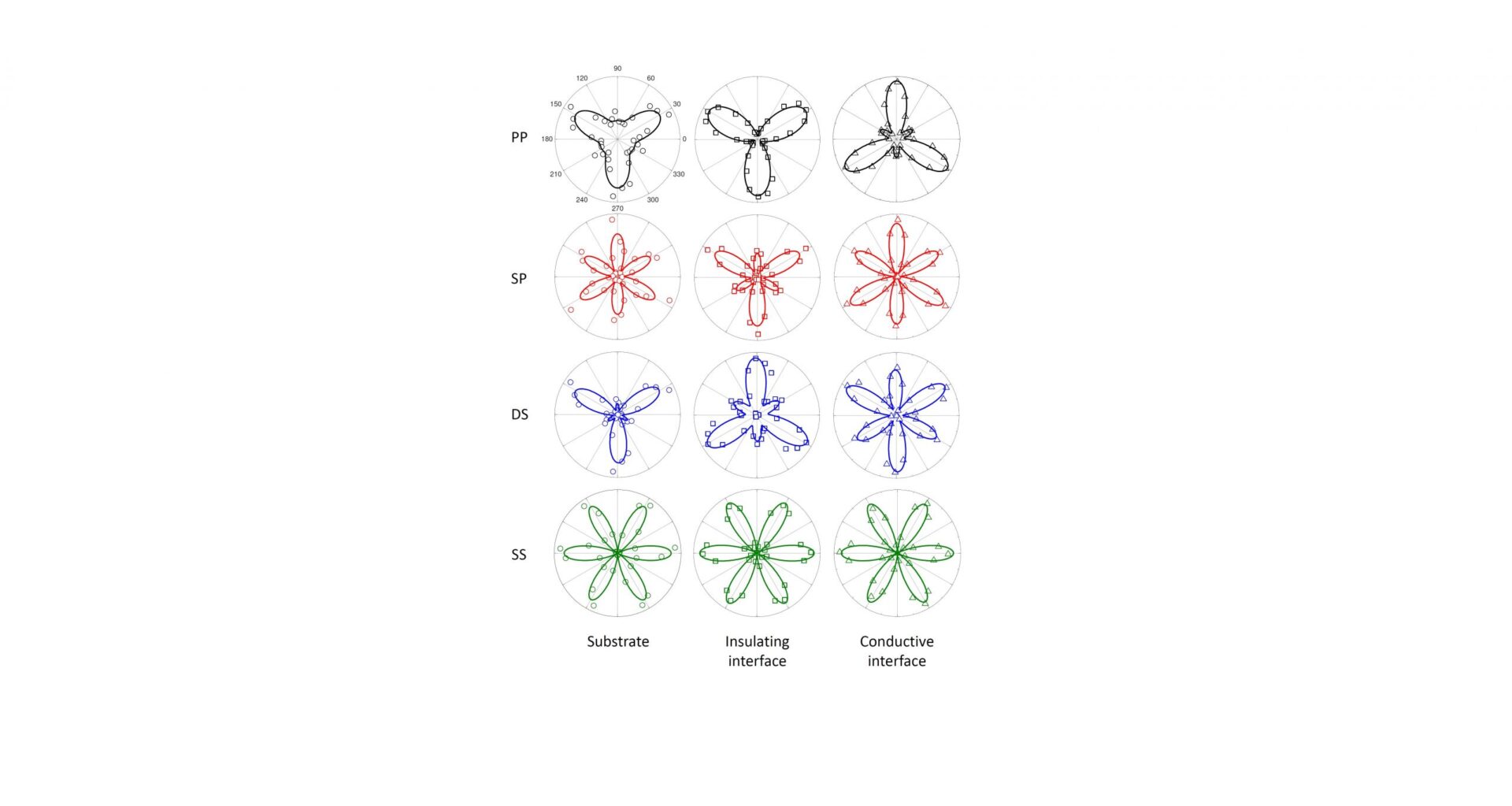 Written by Carme Gimeno on May 20, 2020. Posted in Latest Results

Oxide growth with semiconductor-like accuracy allows the fabrication of atomically precise thin films and interfaces displaying a wide range of phases and functionalities that are absent in the corresponding oxide bulk materials. Among the other properties it was found that a two-dimensional electronic gas is formed under some circumstances at the LaAlO3/SrTiO3(0 0 1) interface separating two typical insulating perovskite crystals. The origin of this conducting state has been discussed at length, since different doping mechanisms can act in these material systems. Many experimental results point to the so-called polar catastrophe scenario as the principal mechanism driving the formation of the two-dimensional electronic gas. According to this mechanism, the existence of an interfacial polar discontinuity is the key ingredient to drive an electronic reconstruction at the LaAlO3/SrTiO3(0 0 1) interface and the consequent formation of a two-dimensional electron gas. This simple picture has been often questioned by the existence of material systems whose interface are predicted being non-polar according to the simplistic ‘ionic’ limit but that display an electrical behavior analogous to that of LaAlO3/SrTiO3(0 0 1) interfaces. This is the case of the LaAlO3/SrTiO3(1 1 0), i.e., a LaAlO3/SrTiO3 interface with a different in-plane orientation. It is evident that to solve such kind of controversies a detailed investigation of the polar or non-polar state of these interfaces is needed, although this is not simple for the lack of experimental tools that are specifically sensitive to interfacial polarity. Here we apply Optical Second Harmonic Generation to investigate LaAlO3/SrTiO3 interfaces with different in-plane orientations to bridge this gap. By comparing our results with recent theoretical findings, we will arrive to the conclusion that the real LaAlO3/SrTiO3(1 1 0) interface is strongly polar.