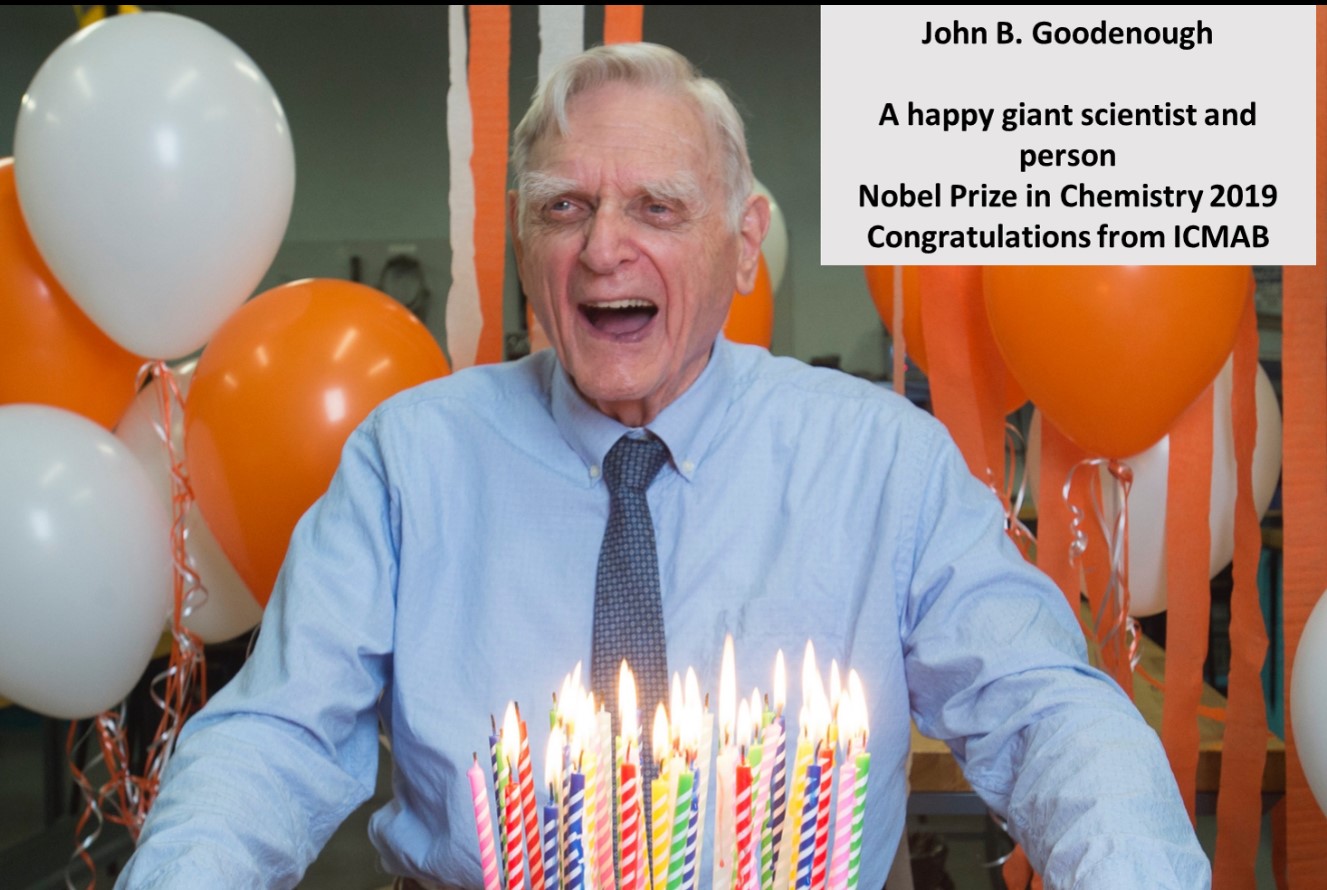 Nobel Prize in Chemistry 2019 awarded jointly to John B. Goodenough, M. Stanley Whittingham and Akira Yoshino for the development of lithium-ion batteries. J.B. Goodenough closely followed the research activity and collaborate with MULFOX members on Oxide Science and Technology. Congratulations to you all.

The Nobel prize in Chemistry, awarded this year 2019 to J.B. Goodenough, has been longly waited by a large community of material’s scientist. This is a recognition to the “Oxide Science and Technology” and its impact on society. The brilliant mind of J. B.Goodenough allowed to rationalize the electric and magnetic properties of metal oxides, discovering the clues that govern these properties and providing the tools to understand and transform them into functional materials. It is an amazing coincidence, that on the 150 anniversary of the periodic table, the Nobel award in Chemistry has recognized the enormous knowledge of J. B. Goodenough and ability to combine chemical elements, in their most common oxide form, to create magnets and batteries that have changed our life. His books on “Les oxides des métaux de transition” and “Magnetism and Chemical bond” and his crucial intuition and perseverance on the role of oxides to store electric charge in batteries, constitute pillars of our culture that are going to last forever.

J.B. Goodenough hosted me as a young postdoc at Oxford University, when he was the head of Inorganic Laboratory. There, I enjoyed his exhilarating humanity, his respect for the young students and his deep knowledge and enthusiasm. The giant was convinced that there this a lot of randomness and fortune in decisions and life, but one need to be there. He tried to teach me, how to wear a tie (without much success), and he contaminated me with his passion the intricate “lego” world of oxides.

Latter, J. B. Goodenough became member of the International Advisory of the Material’s science Institutes of CSIC.

The warmest congratulations and beyond the Oslo party, keep the strength to blow the next coming 98 candles.