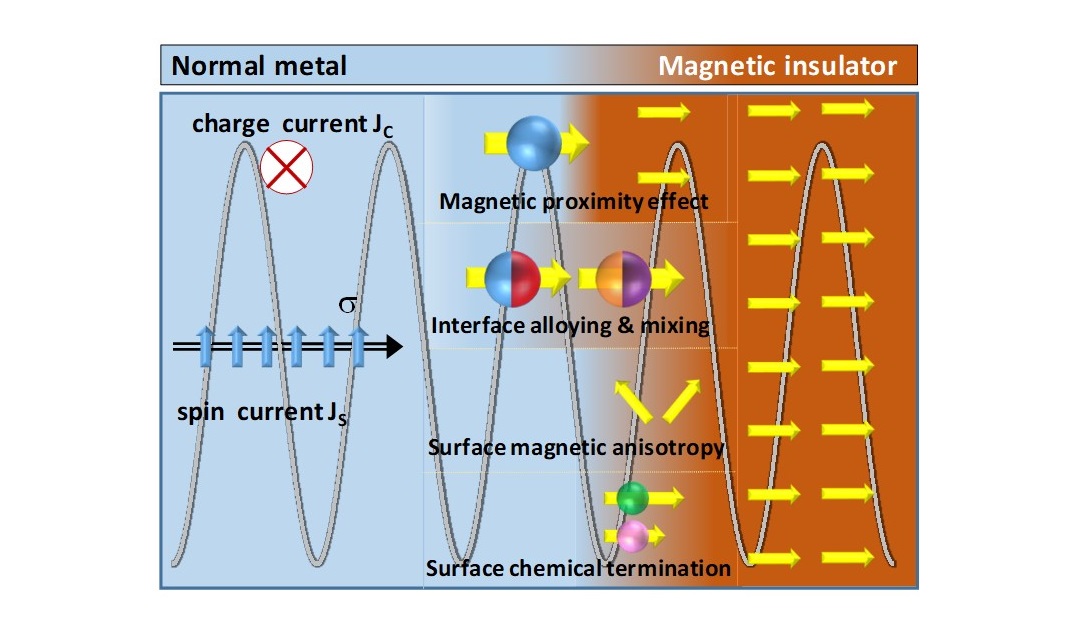 Written by Carme Gimeno on July 11, 2019. Posted in Latest Results

Spin currents have emerged as a new tool in spintronics, with promises of more efficient devices. A pure spin current can be generated in a nonmagnetic metallic (NM) layer by a charge current (spin Hall effect). When the NM layer is placed in contact with a magnetic material, a magnetoresistance (spin Hall magnetoresistance) develops in the former via the inverse spin Hall effect (ISHE). In other novel spin‐dependent phenomena, such as spin pumping or spin Seebeck effect, spin currents are generated by magnetic resonance or thermal gradients and detected via ISHE in a neighboring normal metal layer. All cases involve spin transport across interfaces between nonmagnetic metallic layers and magnetic materials; quite commonly, magnetic insulators. The structural, compositional, and electronic differences between these materials and their integration to form an interface, challenge the control and understanding of the spin transport across it, which is known to be sensitive to sub‐nanometric interface features. Here, the authors review the tremendous progress in material’s science achieved during the last few years and illustrate how the spin Hall magnetoresistance can be used as a probe for surface magnetism. The authors end with some views on concerted actions that may allow further progress.