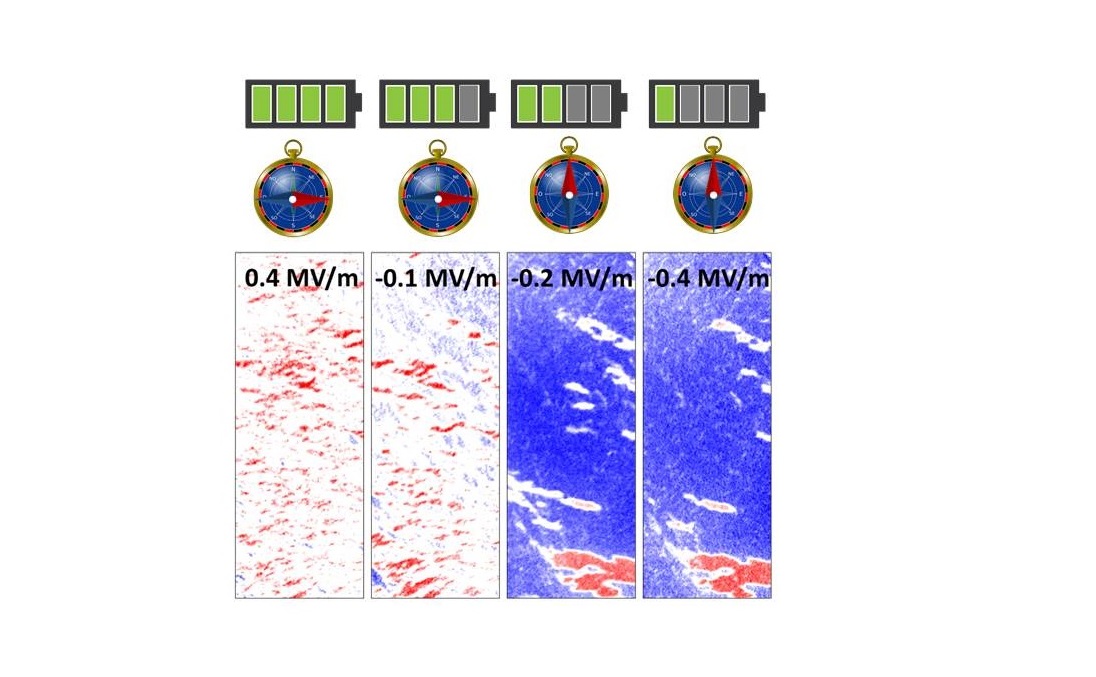 Written by Carme Gimeno on February 21, 2019. Posted in Latest Results

An odd-symmetry magnetic response of multiferroic composites comprising ultrathin Co layers on Pt electrodes on [Pb(Mg0.33Nb0.67)O3](1−x)[PbTiO3] x (PMN-PT) (0 1 1) piezoelectric substrates is observed upon electrical poling of the PMN-PT substrates: the magnetic easy axis of the Co rotates by 90° in-plane between oppositely poled ferroelectric states, mimicking the signature of a surface polarization charge driven effect, which however can be excluded from the presence of the thick Pt interlayer. The origin for this unexpected behavior is as an odd symmetry piezoelectric response of the PMN-PT substrate, as indicated by x-ray diffraction with applied poling, in combination with conventional magnetoelastic coupling. Ferroelectric characterization reveals corresponding features, possibly related to an unswitchable polarization component.