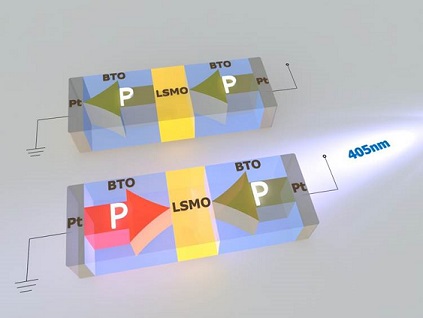 Ferroelectric materials are non-centrosymmetric materials having have a switchable spontaneous polarization that can point along energetically equivalent opposite directions. They form the so-called ferroelectric domains. Associated to the polarization there is an internal electric that needs to be screened to allow persistence of ferroelectric polarization. Photogenerated charge carriers induced by suitable illumination can modify the polarization screening, thus modifying the relative the stability of polar domains. The combination of photoactivity with ferroelectricity can give rise to very interesting features of interest in many technological applications, ranging from data storage and photovoltaics The detailed analysis of the distinct photoactivity present in ferroelectrics is crucial if one want to use it in photovoltaic or other applications